It was after wearing out his first pair of pants in the aisles of his parents’ clothing stores that he naturally launched into men’s ready-to-wear. In 1994, he signed his first licence contract with the House of Carven, which he bought in 2008. Ten years later, he sold the brand for a new adventure with Vanessa Bruno.

Carven
‘My collaboration with G2V WORKS began in 2011, with the opening of a Carven store in Paris’ Saint-Sulpice district. My artistic director, Guillaume Henry, dreamed of a skateboard track. But making it a reality was turning into a disaster. A friend then advised me to call Vincent Gérard who, according to her, was the man for com-plicated situations. Along with his team, he saved us, exceeding our expectations. I then entrusted to G2V WORKS the construction of five Carven stores in France, and support for twenty-four international openings. I understood that they were really unique during the construction of our head office, a former Musée de la Photo warehouse located on the rue de l’Abbaye in the 6th arrondissement; it was 2,000m2 in size and was to be renovated in barely ten months. They changed the roof, removed one floor, lowered another floor, and added a lift. Imagine the feat it was in such a short time!’ 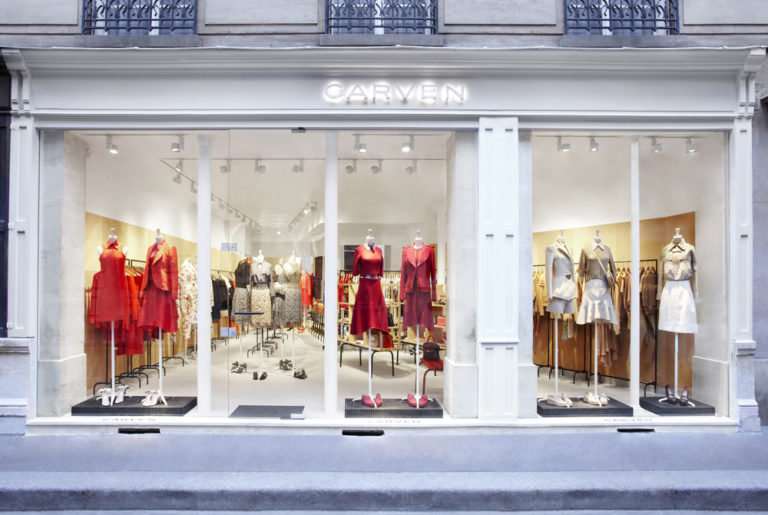